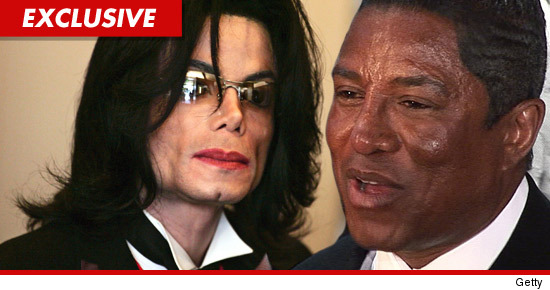 The lawyer who successfully defended Michael Jackson against child molestation charges tells TMZ … Jermaine Jackson‘s claim of a plan for Michael to bolt the country if convicted would been for nothing … because MJ never would have had the chance to flee even if he wanted to.

Tom Mesereau tells us … Santa Barbara Police told him several years after the trial that they were extremely concerned about possible violence if MJ was convicted. Mesereau says the cops were particularity concerned about the Nation of Islam.

As a result of those concerns, Mesereau says he was told if Michael had been convicted, he would immediately have been taken into custody and helicoptered to a prison facility in Lompoc, CA.

The upshot — there would have been no opportunity for escape.

But more fundamentally, Mesereau says Jackson never talked about fleeing and says he obeyed the law throughout the trial.