The Situation is returning fire in his war with Abercrombie & Fitch — claiming the clothing company has repeatedly tried to exploit his good name — and now, he’s demanding they BACK THE HELL OFF.

You’ll recall … the conflict began last month, when A&F publicly offered to pay The Situation NOT to wear their clothing. Days later, Sitch claimed he never received such an offer.

What’s ironic … A&F has previously marketed t-shirts clearly inspired by “Jersey Shore” — including one that reads “GTL Fitch” and another that reads “The Fitchuation” — and Sitch believes last month’s offer was nothing more than an elaborate publicity stunt to trade off his good name. 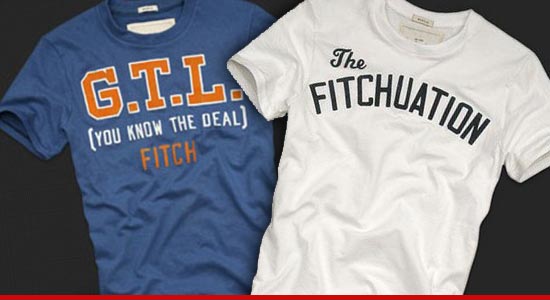 Now, Sitch’s lawyers are saying enough is enough … firing off a cease and desist letter to A&F on Wednesday — demanding the clothing company yank the t-shirts from their shelves.

Sitch also wants all the profits A&F made off the shirts — insisting his company MPS Entertainment owns the trademarks … and the clothing co. is infringing on them.

According to the cease and desist, A&F has until Tuesday to respond — or else.