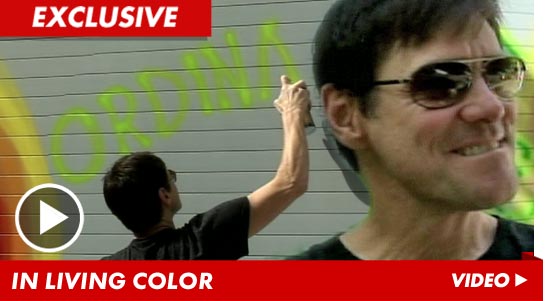 Jim Carrey is leading a 1-man rebellion against New York City officials who claim he has NO RIGHT to spray paint the front of his art studio … and he’s exacting revenge with the help of his imaginary friend.

Carrey tells TMZ … the drama began when city officials painted over some “street art” he had spray painted on the outside wall of his West Village art studio.

Carrey says the street art featured an image of a character he created named “Baba” — a “mischievous deity … [who] exists in negative space.”

So today, Carrey stuck it to The Man with a brand new piece of street art on the same wall — featuring another image of Baba … along with the message, “This graffiti reapplied pursuant to … [Baba]”

Carrey tells TMZ … he’s not upset with the city worker who painted over his work … saying, “This gentleman has a job to do” … but he adds, “I’m just doing my job now as an artist and putting it back up.”

He adds, “They can take it down again if they want to and it’s OK with me … I’ll even pay for it.” 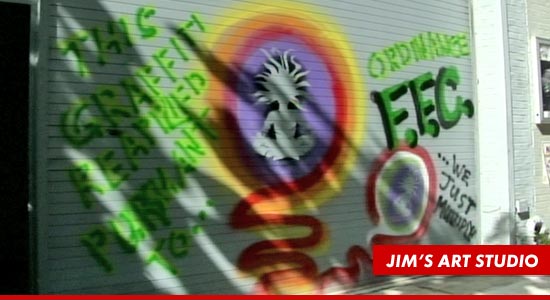