VENICE, Italy – Canadian director David Cronenberg’s latest movie "A Dangerous Method" explores the role a little-known Russian woman played in the birth of psychoanalysis at the turn of the 20th century.

VENICE, Italy — Madonna may be the "queen of pop," but her crown as movie director slipped this week after most early reviews of her second feature film "W.E." ranged from middling to poor. 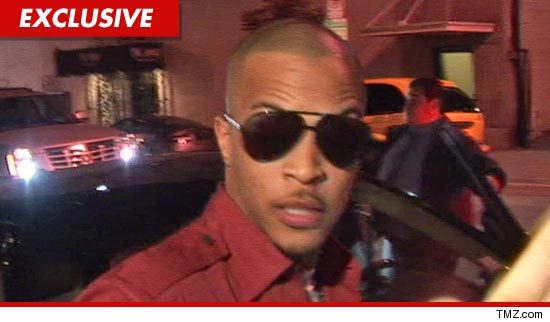 TMZ has learned …the reason T.I. was hauled back to prison from his halfway house is that he allegedly misled prison officials into thinking he’d take a low-key mode of transportation from the prison to the halfway house — and a tricked out tour bus isn’t low-key.

Law enforcement sources tell TMZ — when a prisoner is incarcerated in a low or medium security prison … prison officials can allow the inmate to use a private, unescorted mode of transportation to travel from the prison facility to the halfway house.

During the process of approving such a transfer, the prisoner must state specifically what mode of transportation he or she will be using.  Our sources tell us … T.I. informed prison officials he would be taking some sort of van, but made no mention of the high-end, pimped out tour bus.

We’re told prison officials felt T.I. should have fully disclosed the nature of his party bus.  Neither drugs nor alcohol were found on the bus.

And get this … law enforcement sources tell us … when the U.S. Marshals arrived at the halfway house to take T.I. back to prison, the halfway house honcho actually got into an argument with them, saying it was ridiculous to send him back for such an alleged violation.  But the Marshals had their orders, and took T.I. back to the pokey.

Hey … we’re guessing there wasn’t a box for “Tour Bus” on the form.

AP – Actor Viggo Mortensen is appealing to the descendants of Carl Jung to release more letters by the founder of analytical psychology.

AP – Grammy-winning rapper T.I., who was moved to a halfway house this week after months in prison, is locked up again at a federal penitentiary, with his lawyer citing a flap over using a luxury bus to report to a halfway house.

AP – “”Dancing With the Stars” executive producer Conrad Green says despite controversy over the casting of its first transgender contestant, “Dancing” remains a family show and viewers should check out the new season before passing judgment.

AP – Many artists have been compared to Alice Cooper, but the legendary rocker says one stands above them all.