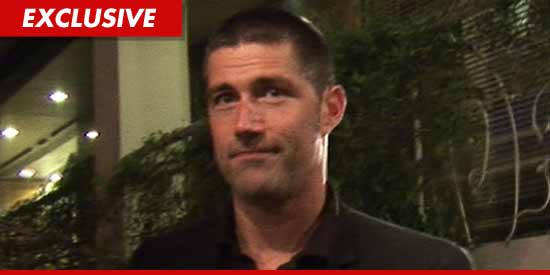 Matthew Fox was detained by cops in Cleveland, Ohio Saturday night after allegedly assaulting a woman outside of a bar .. TMZ has learned.

Law enforcement sources at the scene tell us … the “Lost” star allegedly tried to enter a party bus — even though he wasn’t a guest on the vehicle.

We’re told a woman tried to block Fox from getting on the bus — at which point, he allegedly punched her in the breast and the vagina.

Fox was handcuffed by an off-duty officer — and was later detained by police.

Fox was released without being formally arrested.

An assault report was taken and the matter remains under investigation.

We have not been able to reach Fox for comment.