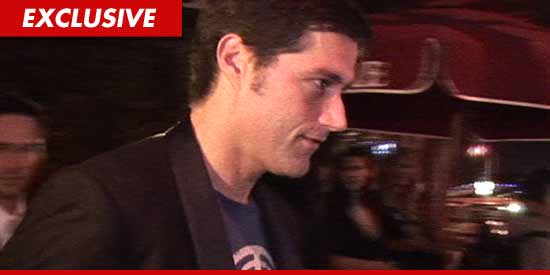 The woman who punched Matthew Fox in the face this weekend tells TMZ … she HAD to let her fists fly because the actor struck first and she needed to defend herself.

TMZ spoke with Heather Bormann … who tells us she was driving a party bus for a private party Saturday night in Cleveland — when Fox boarded the vehicle.

Bormann claims she told Fox he wasn’t welcome on the bus — but he was too drunk to understand.

Bormann says, “He just kept staring at me with his mouth wide open and not saying
anything. I told him, ‘You have to leave buddy. You are trespassing on my
bus.'”

That’s when Fox “leaned in and started punching my crotch and breast.”

Bormann says, “I
took one hand to his jaw and he was spitting blood. He stumbled
backwards.”

“This was my self-defense,” Borman says … adding, “This was the only
way I could protect myself…..from a man beating up on a woman.”