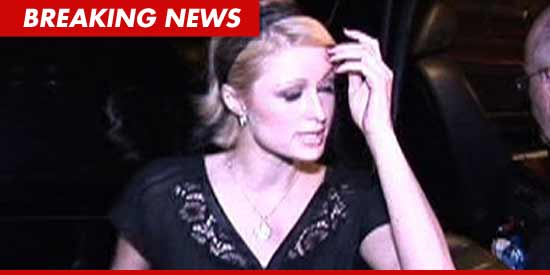 It’s the end of “The World” for Paris Hilton — because her new reality show has officially been cancelled after its one and only season.

The Oxygen Network has announced it will not renew “The World According to Paris” … after repeatedly scoring abysmally low in the ratings.

Meanwhile, Kim Kardashian‘s wedding special will probably be the highest rated program in the history of the E! channel.

AP – A retrospective spanning the 70-year career of Katsushika Hokusai, the master of the Japanese woodcut print, is going on show in Berlin.

omg! – The Disney actress and Miley’s older brother “were both startled” by her pregnancy, a source tells Us

omg! – When LMFAO’s “I’m In Miami Trick” became a hit in 2008, many thought the wacky-dressed guys were a one-hit wonder. But Redfoo and Sky Blu are having the last laugh as their latest single, “Party Rock Anthem,” is a major summer hit. (Aug. 24)