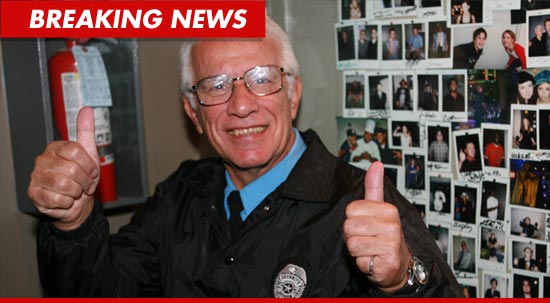 “Uncle Frank” Potenza — the silver-haired ex-cop who charmed audiences on his nephew’s show, “Jimmy Kimmel Live!“, died early this morning … reps from the show have confirmed.

The show released an official statement on Frank’s passing — saying his “kindness and humor” will be missed.

The show has not revealed Frank’s cause of death.

10:45 AM: Jimmy tweeted about the situation … saying, “thank you for your kind words about a very kind man – my Uncle Frank – who passed away this morning.”