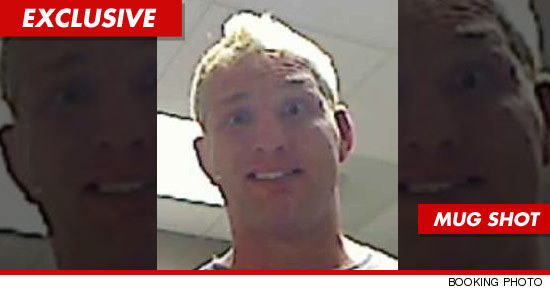 UFC fighter Jason “Mayhem” Miller was arrested last week for assault … TMZ has learned — after the fighter allegedly put his sister into a headlock and refused to let her go.

Law enforcement tells TMZ, Miller and his sis were at some house party in North Carolina — when his sister decided she wanted to take off.

According to law enforcement, Jason’s sister claims he wouldn’t let her leave — and put her into a headlock.

We’re told Jason’s sister managed to escape and notified the Chatham County Sheriff — who had Jason arrested later that evening for simple assault and false imprisonment.

Jason has since posted bail and been released. Several calls to both Jason and his sister were not returned.