Filed under: Leonardo DiCaprio, Ride Me 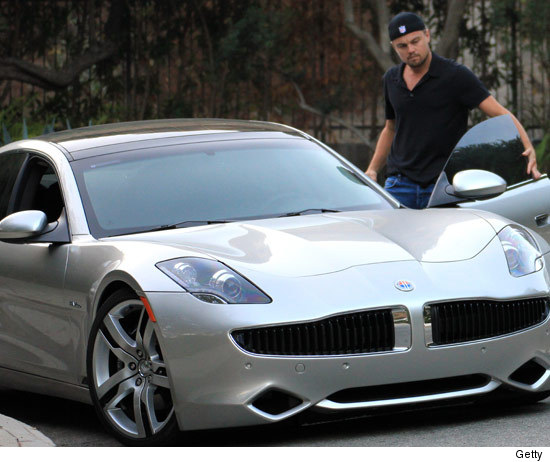 After years of hype, Leonardo DiCaprio finally got his hands on the most highly-anticipated hybrid car … maybe EVER … the 2012 Fisker Karma.

The car — which has a base price around $100k — is all the rage among the top players in the green community … and according to reports, Al Gore and Colin Powell are next in line to get a Karma.

Sure it’s expensive, but  the Karma is nothing compared to the world’s most expensive hybrid car … Porsche’s 918 Spyder — which will set you back an environmentally sound $845K. 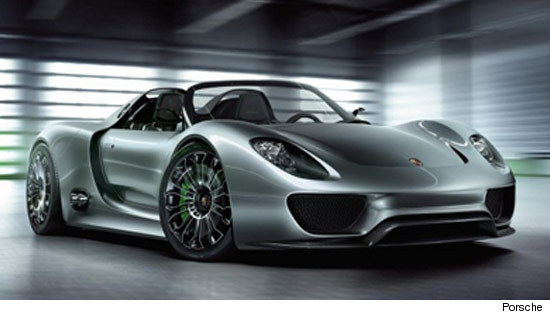 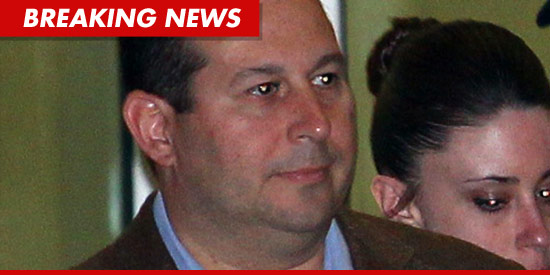 Jose Baez, Casey Anthony‘s lawyer, is being investigated by the State Bar of Florida, for possible ethical violations — specifically, hiding information from the court.

The probe was triggered over a dogfight involving Anthony’s 2010 conviction for check fraud.  She was placed on 1 year’s probation, but the judge in the case made it clear on the bench — the time Casey sat in jail awaiting her murder trial would not count toward the completion of probation.

Here’s the problem … the judge screwed up, and when he wrote the order placing Anthony on probation, it mistakenly read that the jail time would count toward completing probation.

Anthony’s lawyers acted as if the written order was the final word, and as a result authorities — who were in the dark — determined Anthony had completed her probation.

The Chief Judge of the court lashed out at Baez, saying, “Our system of justice should never be in the position of rewarding someone who willfully hides the ball,” adding, Baez may have violated “an attorney’s duty of candor.”

On Baez’ part, he told the judge he did indeed know about the trial judge’s error but felt he had no obligation to inform the court.

The State Bar of Florida is now investigating the matter.

The death certificate for former New York Yankees pitcher Hideki Irabu has been filed in Los Angeles … in which his official cause of death is listed as “hanging … self-inflicted with rope.”

According to the certificate, the Japanese-born ball player was married at the time of his death. He also had two children. 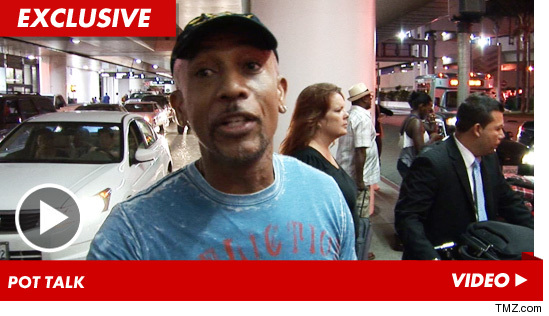 Montel Williams says he did NOTHING wrong when he brought his marijuana pipe through a Milwaukee airport back in January … telling TMZ he’s actually HAPPY he got caught.

The former talk show host was at LAX last night … where he explained that because he uses weed for a medicinal purpose, he needs to have his pipe the same way that a diabetic needs to carry around a syringe … strictly as a “utensil” for taking his medication.

Williams claims officials tested the pipe for marijuana residue — and the tests came back negative so “the thing was completely thrown out of court.”

Still, Montel says the fact that officials FOUND his pipe to begin with “bodes well” for security … adding, “I’m glad they found it.” 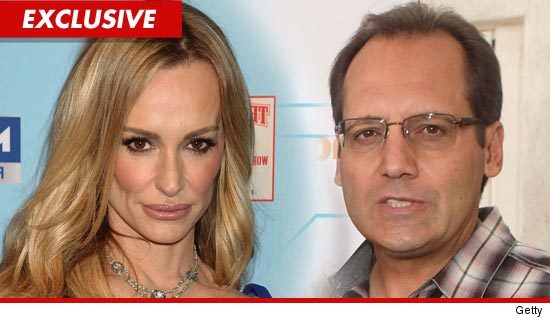 Russell Armstrong‘s parents and his estranged wife, Taylor Armstrong, are thousands of miles apart in a heated battle over where Russell’s remains will end up.

Multiple sources close to Taylor tell us the “Real Housewives of Beverly Hills” star is not only planning a memorial for Russell — she also wants him to be buried at a Los Angeles area cemetery.

But Russell’s attorney Ron Richards says his former client’s parents want their son’s body returned to Texas — where they live — for cremation.

As TMZ first reported, Taylor and Russell had been back in touch recently — despite the fact she filed for divorce last month.

Richards says he believes Russell’s final wishes were to be cremated. If true, Taylor might have a tough time winning this battle. 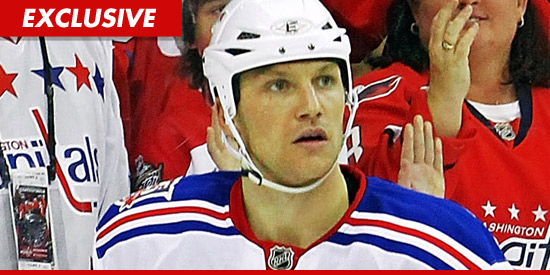 NHL star Sean Avery just caught a fast break in his police battery case — because we’re told, he won’t face any charges after his recent arrest … for allegedly shoving a cop.

Law enforcement sources tell TMZ, “No criminal charges of any kind will be filed against Sean Avery stemming from his August 5 arrest for battery on a police officer.”

As TMZ first reported, cops showed up to Sean’s Hollywood Hills home in response to a noise complaint — and when Avery answered the door … he allegedly shoved an officer and closed the door.

But according to law enforcement sources, a further investigation revealed that no officer was ever actually pushed.

We’re told the officer who made the battery report did so after his
foot was caught in Avery’s front door — and multiple witnesses have corroborated the story.

According to sources, police don’t believe it’s appropriate to charge Avery — and agree the matter would be best handled by an informal meeting with the L.A. City Attorney, who’s expected to officially close the case … without prosecution. 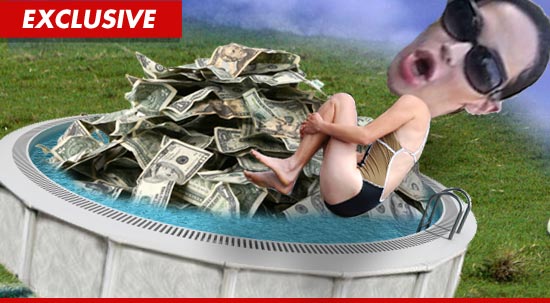 Octomom Nadya Suleman has a big problem with one of her kids — the Doughboy.

Octo got a ticket from the City of La Habra for having a Doughboy, above-ground pool in her backyard, without a proper permit.  The City fined her $100, with a deadline for either removing the pool or getting the permit. 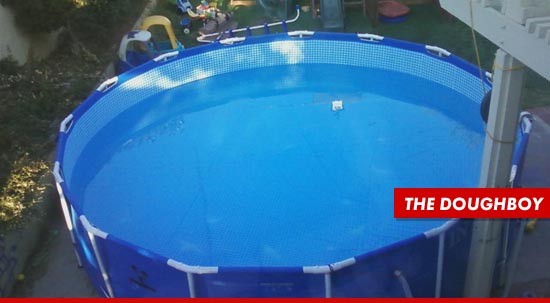 But Octo refuses to budge, because she believes some vindictive neighbors have unfairly singled her out for something that is pretty common in her neighborhood.  So now the fine has swelled to $600.

But all this fuss over the pool ignores the bigger problem — What’s Octo doing with a pool in her backyard when she has 14 kids she can barely control?

Adam Carolla still has a shot at making friends with the transgender community — because TMZ has learned, a prominent transexual dating website has offered to help the radio host redeem himself after his anti-LGBT rant.

The site — TrannyDate.com — sent a personal letter to Carolla recently, asking him to join the staff at TD for a day to help him understand “why people do in fact care about us.”

Adam spewed some anti-LGBT garbage on his podcast last week — claiming, “When did we start giving a sh*t about these [transgender] people?”

No word yet on whether Adam plans to grab the, uh … olive branch. 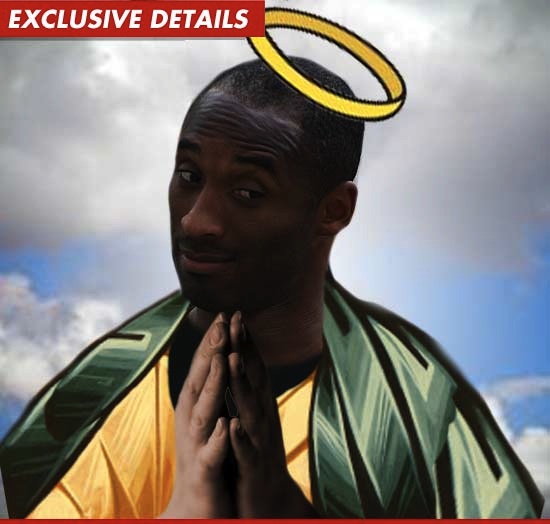 Kobe Bryant was a perfect little angel at St. Therese of Carmel Church according to parishioners who tell TMZ they only saw Kobe praying — and they’ve never heard of his mysterious accuser.

Several people at the church are backing up Kobe’s denial of a scuffle with a fellow churchgoer last Sunday. Kobe allegedly thought the guy was taking pictures of him on his cell phone.

Church members tell us, no one took pictures during the service … and they definitely didn’t see Kobe grab anyone’s phone.

In fact, we’re told, no one on the church staff has even heard of Thomas Hagos … the guy who allegedly tried to take the cell phone pics. 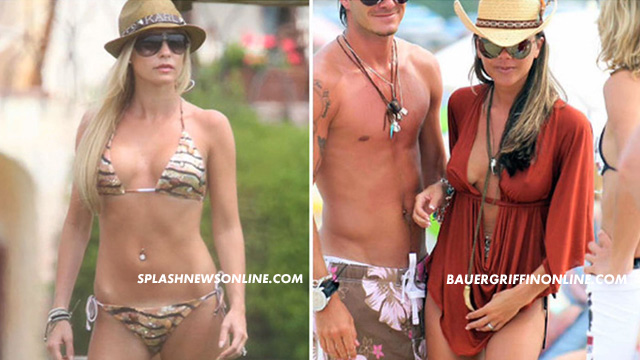 The wives of L.A. Galaxy superstars David Beckham and Robbie Keane are in a battle of the sexiest — and now we have inside info on the showdown … thanks to our new Irish staffer.

Check out TMZ on TV — click here to see your local listings!