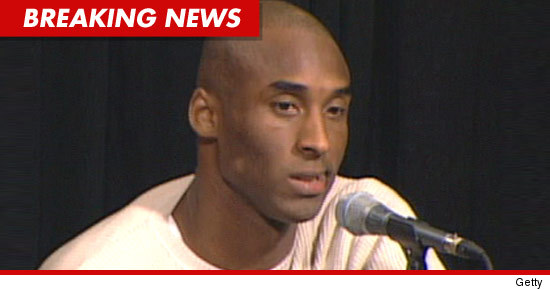 San Diego police want to talk to Kobe Byrant about his a tussle he allegedly had with another man in church … over a cell phone picture.

Kobe was reportedly in St. Therese of Carmel Church in Carmel Valley this past Sunday when he allegedly grabbed the phone out of a man’s hand.

According to KCBS-TV in Los Angeles — which first reported the incident — Kobe thought the man was using the phone to take pics of Kobe and his wife … but did not find any photos on the phone.

The man claims his wrist was injured.

Howard Weitzman, lawyer for the Estate, fired off a letter to promoters of the concert — set for October 8 in Wales — expressing displeasure that one of the bands that will be performing is KISS, whose guitarist, Gene Simmons, publicly accused MJ of being a hard-core child molester.  Weitzman wrote in his letter, “It was extraordinarily embarrassing when no sooner than you announced this ‘news’ that he would participate in your concert that TMZ posted an item noting that Mr. Simmons called Michael Jackson — the man you are purportedly honoring — a child molester…”

Weitzman also questions where all the proceeds for the concert will be going.  We’re told Joe Jackson and Leonard Rowe are behind the concert, and they’ve always been quick to cash in on MJ’s name.

And Weitzman suggests promoters may be running afoul of the law by using “intellectual property that is controlled by the Estate” — which includes MJ images and his songs. 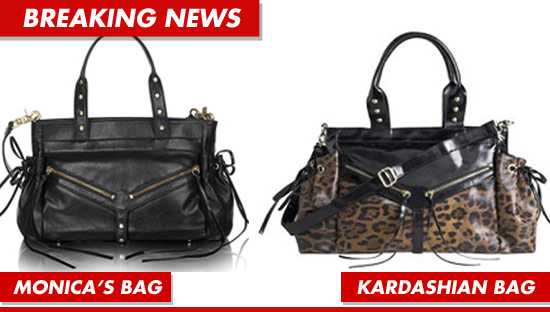 Kim, Kourtney, and Khloe Kardashian are a bunch of purse-stealing fakers — at least according to a handbag designer, who claims the new Kardashian Kollection knocked off one of her signature bags.

According to Women’s Wear Daily, Sears promptly pulled the KK bag from its website.

You see the wares, so we gotta ask … 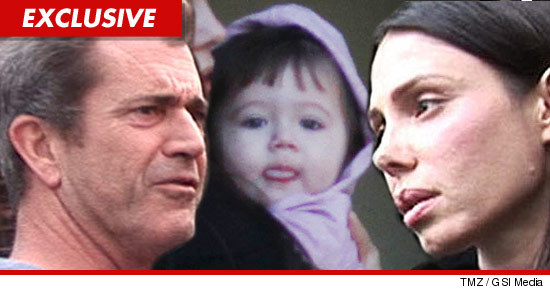 Mel Gibson may be rich and famous, but he’s dealing with the same issues millions of fathers struggle with after separating from their partners — how can he keep a relationship with his child, when his baby mama tries to keep him away?

Mel and Oksana Grigorieva are deep in the throes of mediation, and one of the big issues is where baby Lucia goes to school.  Oksana wants to put Lucia in a private school by her home in the San Fernando Valley.  Mel does not want to drive from Malibu to the Valley — a long drive when there’s no traffic — when he picks Lucia up and drops her off.  He wants a school half way between their homes.

Sources tell TMZ … Mel and Oksana are miles apart in settling the custody case.  Mel wants 50/50 custody, and he believes that would solve most of their issues, but Oksana is vehemently opposed to an equal split.

And, sources say, even Oksana’s lawyers want her to settle with Mel, in no small part because they want to get paid, but she’s refusing to budge.  We’re told Oksana is still so bitter, she’d rather drag Mel through the mud than settle and just walk away. 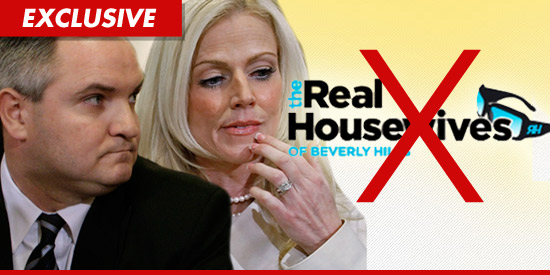 Michaele and Tareq Salahi won’t be chumming it up with Camille Grammer or Kyle Richards any time soon — because TMZ has learned,  the couple just got REJECTED from “The Real Housewives of Beverly Hills.”

As we previously reported, the Salahis are in the process of moving to the swank neighborhood — renting a $20,000-a-month mansion — but we’re told they won’t be taking their “Real Housewives” careers with them.

According to sources, the Salahis’ manager had been in talks with Bravo to transfer the baby-hungry couple from the D.C. show to its B.H. counterpart — but Bravo exec Andy Cohen coolly replied, “We are not interested.” 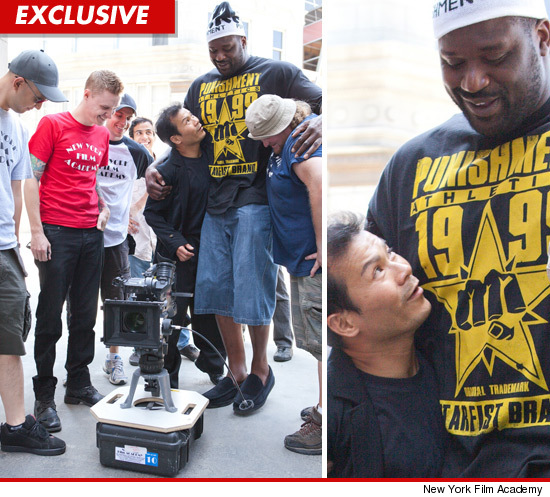 Shaquille O’Neal is giving the movie biz another shot — yes, even after “Kazaam” and “Steel” — and this time he wants to be a director!

Shaq is about to complete the Filmmaking Conservatory at the New York Film Academy‘s branch at Universal Studios Hollywood. Shaq’s been very hands-on during directing and cinematography classes — walking his crew through stunts (above photo) … and shooting on the studio’s famous back lot.

According to the school, Shaq has been “incredibly humble, funny, and likable” … or just the usual Shaq.

How big do they make those director’s chairs anyway?

World boxing champ and Sarangani Rep. Manny Pacquiao will have dinner with fashion celebrity and reality TV star Paris Hilton, who is in Manila on a five-day business trip, on Tuesday.

AP – There was bold talk right after 9/11 that TV would emerge from this trauma sadder but wiser. That TV would be steeled with a higher sense of purpose than had characterized it the previous half-century.