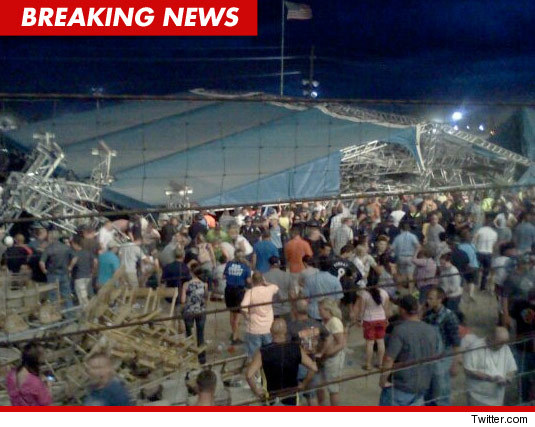 Four people are dead and reportedly a dozen more injured after a stage
collapsed tonight at the Indiana State Fair before the country band Sugerland was to perform.

High winds were believed to have been the cause.

A reporter for WANE-TV
in Indiana was in the crowd at the time and described what happened
like this: “The wind just picked up and the stage just caught and the
roof just
caught and it went up like a sail and then it crashed forward into the
people standing in the front. There were people trapped underneath and
everyone was running and screaming. They were asking any medics or
nurses not to leave.”