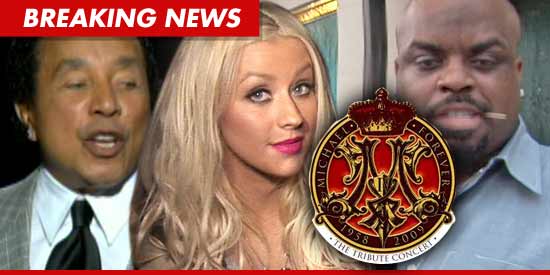 Christina Aguilera has finally agreed to perform at the Michael Jackson Tribute Concert in Wales in October … promoters have announced.

Members of the Jackson family will also be performing at the October 8th concert in Cardiff — including several of his brothers — but we’re guessing that list doesn’t include Jermaine or Randy.

According to an executive for Global Live Events, this is just the tip of the iceberg — “This announcement is just the beginning, we have many more to announce.”