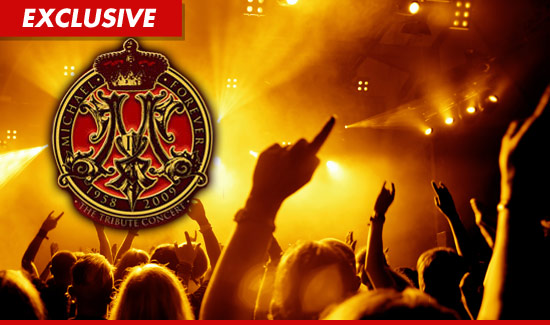 Michael Jackson fans in the U.S. may NOT have to cross the pond to catch the LIVE MJ Tribute Concert in October … TMZ has learned plans are in the works to LIVESTREAM the show at several major arenas around the country.

TMZ spoke with a rep for Global Live — the company behind the event — who tells us producers are working with several major U.S. venues in the hopes of broadcasting the event on jumbotrons to give audiences the concert experience without having to go all the way to Wales (it’s a country in Europe!).

We’re told nothing has been finalized … but Global Live is actively trying to seal the deal.

As we previously reported, stars like Kanye West, Christina Aguilera and Jay-Z have all been contacted about playing the event. So far, the only act who’s signed on the dotted line is Cee Lo from Gnarls Barkley.