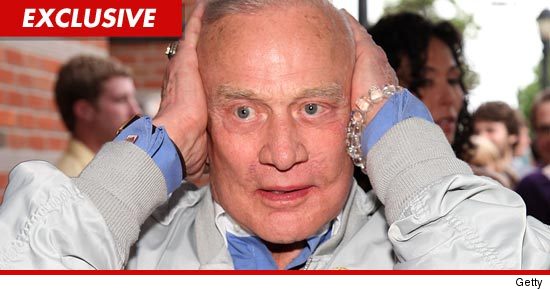 Astronaut Buzz Aldrin — the second man to walk on the moon — was tricked out of making buckets of money off his own name … according to a new lawsuit he’s filed against his stepdaughter.

In the suit, Buzz claims Lisa — acting as his lawyer — duped him into signing an agreement that gave StarBuzz all rights to Buzz’s name, work, and persona.

Further complicating matters — Lisa and Lois own more than 60% of the company … and Buzz filed to divorce Lois back in June.

As Buzz puts it in the lawsuit … Lois and Lisa now own, “Most of what he has acquired since the day he walked on the Moon.”

Buzz wants a judge to tear up the agreement.