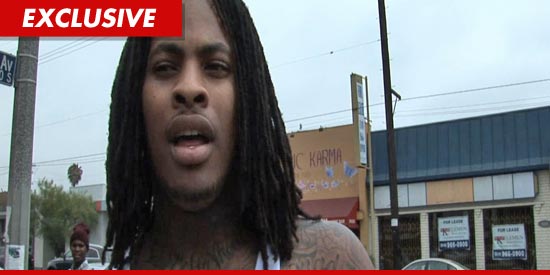 More legal trouble for Waka Flocka Flame — TMZ has learned the rapper was detained by police in Georgia today after cops say they found marijuana in his car.

Law enforcement sources tell us … Waka was pulled over for a routine traffic violation a few hours ago … but when cops approached the rapper’s White Chevy Tahoe, they could smell the odor of weed.

We’re told Waka was asked to step out of the vehicle — and was placed in handcuffs. When cops searched the ride, officers say they found “a small amount of marijuana” on the floor.

Waka was cited for possession of less than 1 ounce of weed AND failure to wear a seat belt. He was eventually released and sent on his way.  We’re told Waka was “very cooperative” during the incident.

Flame is no stranger to the law — earlier this month, he was arrested for drug possession in NY when cops say he brought weed to a mall.  Back in 2006, he pled guilty to possessing a sawed-off shotgun.

The list goes on … but we’re running out of room.