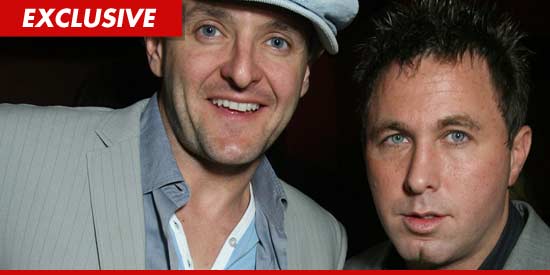 A partner in one of the biggest restaurant groups in Hollywood claims two of her fellow partners — both reality stars — stole the business blind … but one of the guys is coming right back at her and alleging extortion.

In her suit, Arazm claims, “They gambled away hundreds of thousands of dollars that never belonged to them, they used some of the stolen monies to pay for sex, and they traveled the world at Arazm’s and the restaurant group’s expense.”

Arazm also alleges in the docs, Malin used company resources “to have multiple sexual encounters with various older men during which Malin would live out fetish role play fantasies.”

But before Arazm filed her lawsuit, Malin — who now co-stars with Moore on the reality show “Famous Food” — launched a preemptive strike Tuesday  … filing his own lawsuit claiming Arazm and her lawyer, legal pit bull Marty Singer, were trying to extort him.

Malin clams he received a draft of Arazm’s complaint — written by Singer — a week ago. Malin claims he was told by Singer that he either had to pay up quickly or Arazm’s explosive lawsuit would be filed and all the dirty laundry would be aired.

Both parties are seeking millions of dollars in damages.

Singer tells TMZ, “The lawsuit filed by Malin was simply a preemptive strike since Malin and his partners knew they were being sued for serious wrongful conduct. The claims in the suit are completely false and fabricated. We fully expect to get the suit promptly dismissed.”

Calls to Malin, Moore and Malin’s attorney were not immediately returned.