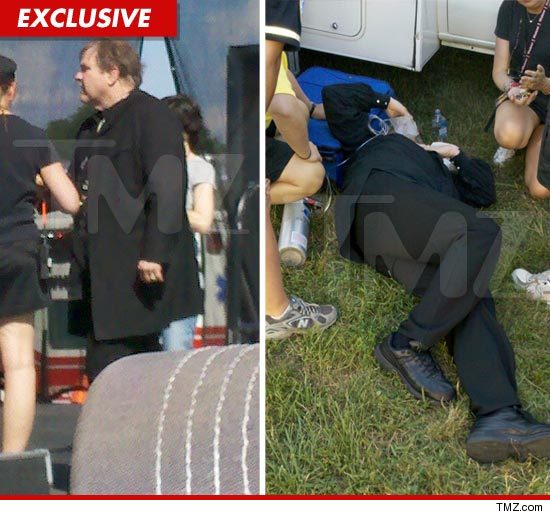 Three days after passing out at a concert in Pittsburgh, Meat Loaf fainted AGAIN at a show in New Jersey — and this time … the 63-year-old singer had to be hooked up to an oxygen machine.

Meat was playing the New Jersey Balloon Festival on Sunday — and after finishing his set, we’re told he collapsed backstage and requested oxygen.

As we previously reported, Meat Loaf suffers from asthma.

Thankfully, the singer pulled himself together after ten minutes on the breathing apparatus — and didn’t require further medical attention.