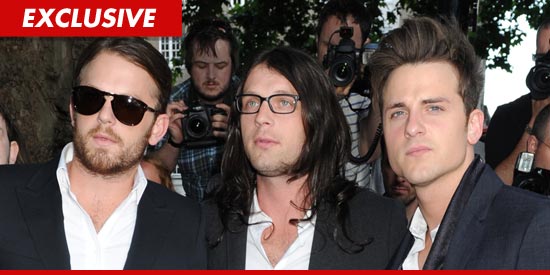 The Kings of Leon are pulling the plug on the rest of their U.S. tour — due to health issues affecting lead singer Caleb Followill … TMZ has learned.

A rep for the band released a statement saying, “We are so sorry to say Kings of Leon are canceling their entire US tour due to Caleb Followill suffering from vocal issues and exhaustion.”

The statement continues, “The band is devastated, but in order to give their fans the shows they deserve, they need to take this break.  Unfortunately, the US dates cannot be rescheduled due to the band’s international tour schedule.”

The rep tells us tickets will be refunded — and the band will resume touring in Canada on September 28th.