WWE star Maryse Ouellet claims an “extremely disturbing and delusional” man is OBSESSED with her … and now she’s asked a judge for protection after he allegedly promised to “take me to heaven with him.” 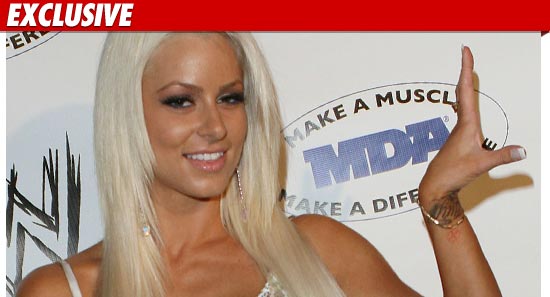 Maryse — a WWE diva who’s been romantically linked with former WWE champion The Miz — filed a request for a permanent restraining order against 61-year-old Lee Silber … claiming he has sent “numerous terrifying letters to my home and left more than 50 voicemails on my personal cell phone all of which are extremely disturbing and delusional.”

Maryse says Silber’s letters have gotten scarier over the last few weeks … with Silber promising that he will be “coming to LA for me” … and will “take me to heaven with him.”

In the docs, filed in L.A. County Superior Court, Maryse states, “I fear for my life.”

Maryse tells TMZ she’s beefed up security at her home recently … calling Silber a “crazy stalker … who needs to either be in a psychiatric hospital or jail!”

Maryse is due back in court August 3rd.

TMZ placed several calls to Silber for comment — so far, no response.