Ron Artest has a back-up plan in case the NBA lockout torpedoes next season — we’re told, Mr. World Peace is currently in talks with “Dancing with the Stars” … and is seriously thinking about competing. 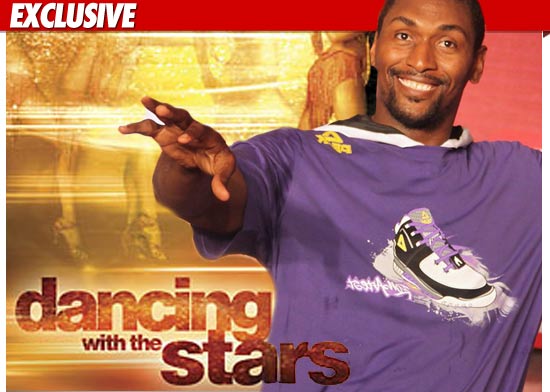 Nothing’s official yet — but sources tell us, both Artest and “Dancing” producers have been in touch to hash out a possible deal … and Ron’s pretty excited about the prospect.

But here’s the catch — “Dancing” won’t end ’til November and basketball season typically starts in October … which means if the lockout ends early, Ron could be S.O.L.

That said, Ron could theoretically handle both commitments simultaneously — because as TMZ first reported, “Dancing” producers are desperate for A-list talent … so there will be NO minimum rehearsal requirement next season.