Amy Winehouse‘s ex-husband, Blake Fielder-Civil is anguishing, because he believes he could have saved Amy. 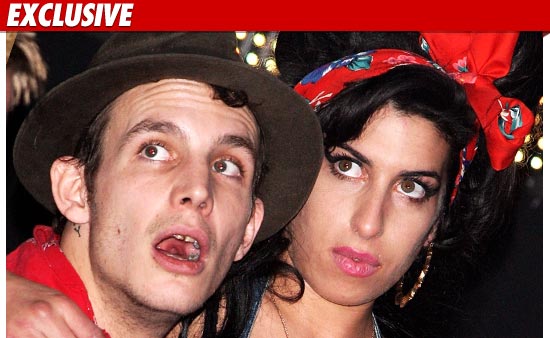 Blake’s dad, Larry Fielder, tells TMZ … his son knew better than anyone the depth of Amy’s drug addiction, and had planned to stage an intervention of sorts when he got out of jail — the problem … he’s locked up until March, 2012.

There’s obviously another issue — Blake and Amy were famously co-dependent junkies and neither seemed capable of helping the other during their marriage.

Larry tells us … shortly after Amy died Blake called him, crying hysterically.  Blake’s current girlfriend, Sarah, visited him in jail recently for an hour and all Blake did was cry.