Leighton Meester‘s mom is firing back after her daughter sued her last week — claiming in a new countersuit, Leighton threw her to the ground back in December … “repeatedly hitting her with a bottle.” 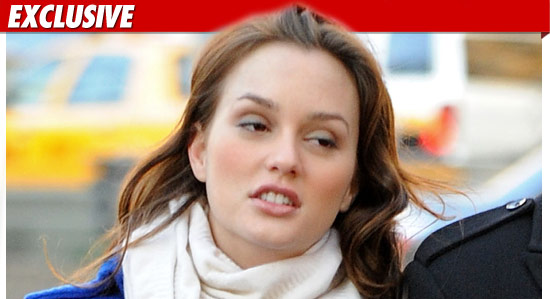 According to the countersuit, filed in L.A. County Superior Court, at 2:00 AM on December 11, 2010, the “Gossip Girl” actress attacked her mom with the bottle and was so crazed she had to be pulled off her mom by her little brother.

Constance Meester says it’s true … Leighton sent her $7,500 every month, but that was not out of the goodness of her heart.  It was — Constance claims –  a settlement for all the money she helped make for her daughter.