The two suspects in the Dodger Stadium beating case have been identified, and it looks like they are both bad dudes. 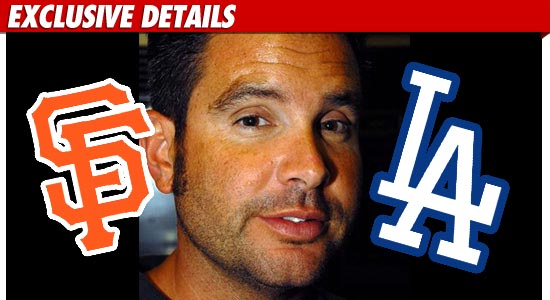 Both men are being held on $500,000 bail for the beating of Bryan Stow (above) on opening day.

Sanchez has been arrested 9 times in San Bernardino County, and he has an arrest for spousal abuse.  Sanchez was convicted on spousal abuse and firearms violations, including carrying a LOADED gun in a public place.

Giovanni Ramirez — the man whom the police chief said did the vicious deed — has been exonerated.  It is a big embarrassment for the LAPD.