There is a connection between the divorce of Arnold Schwarzenegger and Maria Shriver, and the statement Arnold and Maria gave TMZ regarding the injury of their son — and it just doesn’t add up. 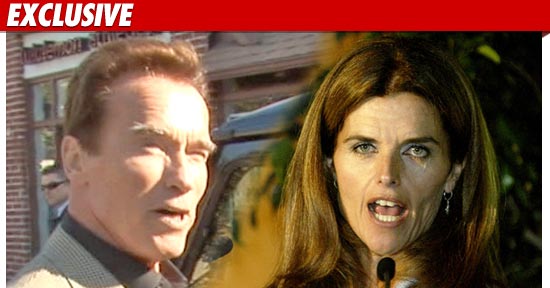 Their statement regarding Christopher’s injuries presents what appears to be a united front — Arnold and Maria side by side. But just days earlier — while Maria was bedside with Christopher in ICU — Arnold’s lawyer filed a response to Maria’s divorce petition that borders on insulting and cruel.

Sources connected with the couple tell us, Arnold’s legal docs have been hurtful to Maria — and that’s an understatement.

If we may offer an opinion … it’s hard to believe Arnold is so callous that he would challenge Maria at a time when she is emotionally distraught over her son.

The more likely scenario is that Arnold’s lawyer went off on his own, checked the boxes he normally checks on the divorce docs, and simply filed them.

The question — will Arnold order his lawyer to amend his response, so he is not challenging Maria’s right to support or attorney’s fees?