Law enforcement sources tell TMZ … the sketches the LAPD used to try and catch the perpetrator in the brutal beating of Bryan Stow outside Dodger Stadium do not match the two suspects who are currently in custody … and it may be a big reason why cops focused on the wrong guy. 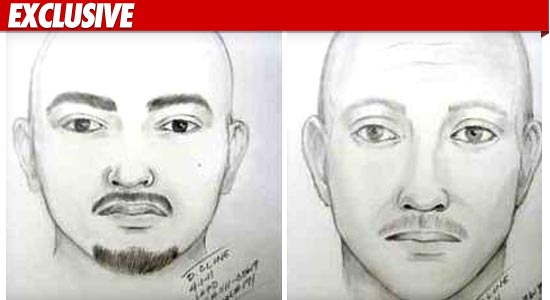 As TMZ first reported … the two suspects who are currently in custody are male Hispanics … one is in his mid-20’s … we don’t know the age of the other.

We’re told the police sketches do not match the suspect in his mid-20’s and one law enforcement source tells us both sketches are off.  The sketch on the left has a striking similarity to Giovanni Ramirez, the man who was named the “prime suspect” until yesterday.

As we reported … cops have exonerated Ramirez, the prime suspect for weeks.  Our sources say the detectives who initially handled the case went down the wrong path, and the whole case unraveled when the Robbery Homicide unit took a fresh look at the case.

As for why Police Chief Charlie Beck held a news conference early on to say he was “confident” Ramirez was their guy … sources say as the results of the initial investigation went up the chain of command, the underlings kept minimizing the holes in the case … so what looked like a solid case against Ramirez was fatally flawed.