Former Denver Broncos all-star Larry Kaminski — one of 75 NFL vets suing the league for allegedly covering up info about the effects of concussions — is donating his brain to a medical research program in Boston … a family member tells TMZ. 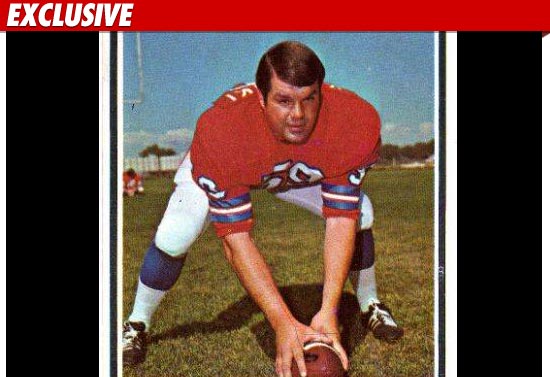 Kaminski — who was the starting center for the Broncos from 1966 to 1973 — suffers from severe depression … which doctors say was caused by concussions Larry sustained during his career.

Now, we’re told 66-year-old Larry has pledged to donate his brain to the Boston University School of Medicine
Center for the Study of Traumatic Encephalopathy … in the hopes of helping future football players learn about the long term affects of concussions.

Larry will join a long line of NFL greats who have pledged to donate their brains to the B.U. program — including Zach Thomas, Mike Haynes and Kyle Turley.

As for the lawsuit, TMZ broke the story … Kaminski and his fellow plaintiffs believe the NFL intentionally concealed information about the effects of game-related concussions for 90 years.