San Diego Chargers tight end Antonio Gates had one hell of a productive off-season — the future Hall-of-Famer just got married to his longtime girlfriend … and TMZ has the pics. 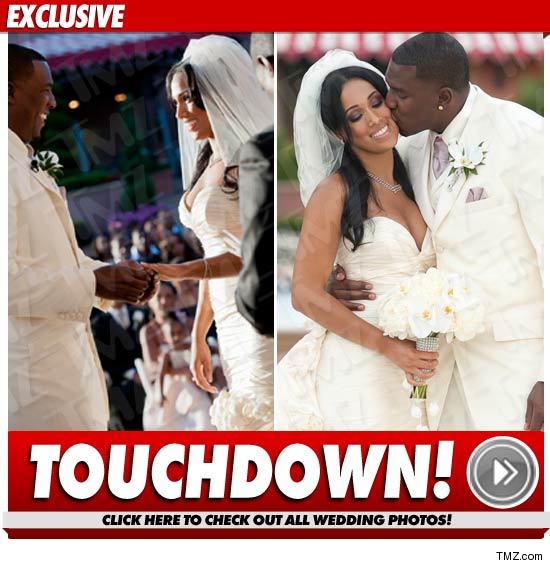 Gates — who will probably be the #1 tight end drafted in your 2011 fantasy league — tied the knot to model-turned-business owner Sasha Dindayal on July 9 during a lavish ceremony at the Grand Del Mar hotel in San Diego.

We’re told several Chargers were among the 250 guests — including defensive stars Shaun Phillips and Stephen Cooper.

But the best part — THE FOOD!!!  Guests were treated to a 5-course meal … consisting of duck foie gras … caramelized shallot ravioli in a brandy butter sauce …  braised short ribs and grilled prawns with buttermilk mashed potatoes … and for dessert — red velvet wedding cake with marble sponge cake which was FLOWN IN from Trinidad.

After the ceremony, the couple took off to Tahiti for the honeymoon.

A happy tight end … makes for a happy fantasy team.