TMZ has learned … Kelsey Grammer and his ex-wife Camille have settled their child custody dispute — but only temporarily.  And make no mistake about it — they’re still at war. 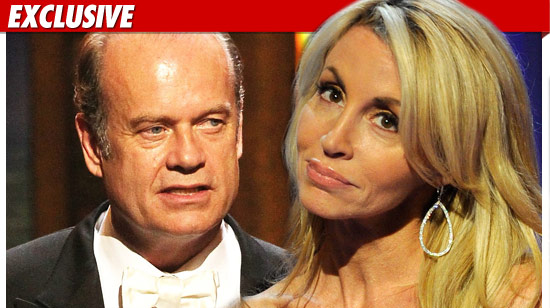 Sources tell TMZ … the agreement outlines who gets the kids, when and where, etc.  We’re told Camille will have both kids more than Kelsey, but the agreement accommodates Kelsey’s work schedule.

The kids will not be separated.  You’ll recall, at one point Kelsey’s lawyer recommended that the couple’s son would fly to Chicago to stay with him, and their daughter would stay with Camille in L.A.

Our sources say the underlying issues between the couple have not been resolved — i.e., money and permanent custody.

We’re told Camille is bitter at the way Kelsey has treated her and the kids, while Kelsey is angry because he feels Camille has been disrespectful to his new wife.