The guy who pulled a gun on Kal Penn — and stole his wallet and government issued cell phone — has been sentenced to 3 years in prison … because everyone knows you don’t mess with Kumar. 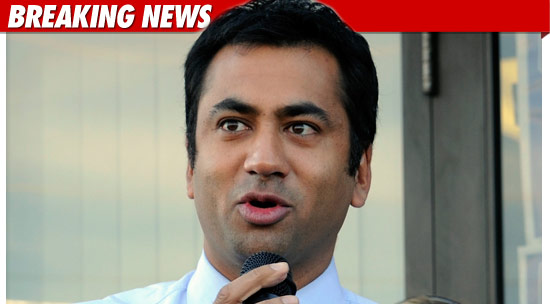 The bad guy — Marcellus Chambers — pled guilty to felony counts of robbery and assault with a deadly weapon after pulling a gun on Penn in April 2010.

As we first reported — Penn was working for President Obama at the time as the Associate Director of the White House Office of Public Engagement … when Chambers took the phone, the Secret Service launched its own investigation.