TMZ has learned … Arnold Schwarzenegger has filed his response to Maria Shriver‘s divorce petition, and the former couple is at odds over whether Maria should get spousal support. 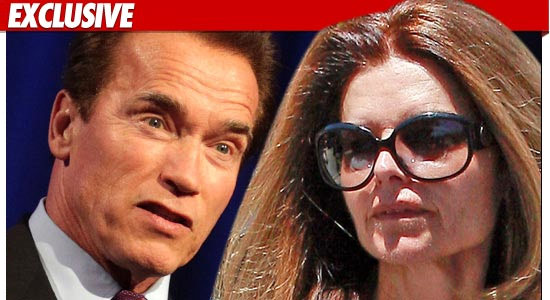 Arnold’s lawyer, Bob Kaufman, checked the box on the legal docs asking the judge to terminate any right on Maria’s part to get spousal support.  Maria asked for spousal support in her petition.

Arnold — like Maria — is asking for joint custody of the couple’s two minor children.

And there’s another conflict.  Maria is asking Arnold to pay for her attorney’s fees.  Arnold’s response asks that the judge make each party foot the bill for their respective lawyers.

TMZ broke the story … there is no prenup, so under California law both Arnold and Maria are entitled to a 50/50 split of all earnings and property accumulated during their 25-year marriage.  The two are estimated to be worth around $400 million.

Fact is … since — as we first reported — Arnold will get the very expensive family home — Maria will probably end up with at least as much if not more cash than Arnold, so spousal support may become a non-issue … especially since Arnold isn’t earning any real money right now.