AP – A Spanish collector plans to auction what he says is a newly discovered 8-millimeter version of a film purportedly showing Marilyn Monroe having sex when she was an underage actress known as Norma Jean.

AP – The creator of “American Idol” has sued the show’s broadcaster and producer seeking a stake in a rival musical competition show called “The X-Factor.”

Joanne Baldwin — the estranged and troubled wife of Daniel Baldwin — has just been sentenced to 10 days in jail for drinking while on probation. 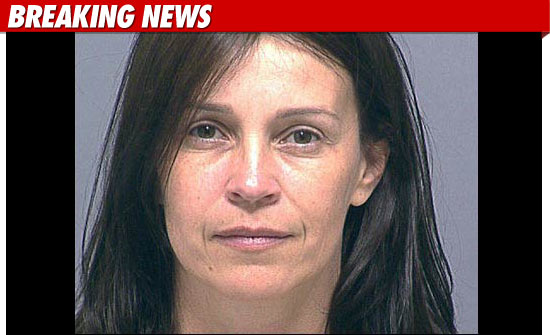 Joanne is on probation for a DUI.  Last week, Daniel called cops after Joanne allegedly made obtuse threats to kill him while extremely drunk.  He also claims during the relationship she has punched him and even pulled a knife on him.

Joanne’s probation prohibits her from consuming alcohol.  When cops observed she was drunk, it triggered the probation violation.

Joanne — who will get credit for the week she’s already served in jail — is scheduled to be released tomorrow.

The judge ordered her to wear a SCRAM bracelet indefinitely — until he orders otherwise.

Kim K. is suing Old Navy for using her look-alike in a
commercial … 75 former footballers are suing the NFL for allegedly
covering up the long-term effects of head injuries … Simon Fuller is suing for what he claims is his piece of the “X Factor” pie … and Chris Brown
is suing his apartment complex, even though he might be the worst
tenant on Earth. Who’s got a shot … and who’s full of hot air??

Most NFL champs rock their Super Bowl ring on their hand — Green Bay Packers cornerback Sam Shields is wearing his on his NECK. 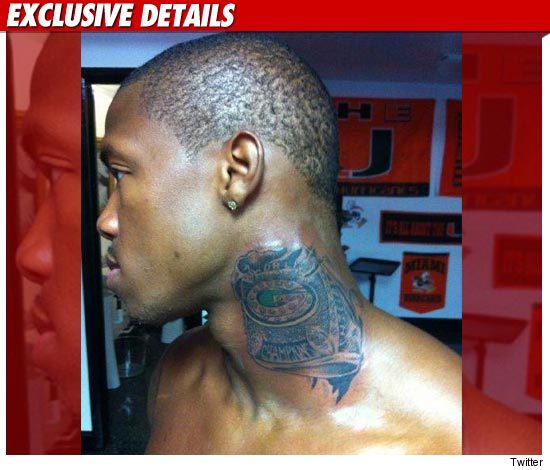 The 23-year-old defensive stud — who was a rookie when the Packers won the Super Bowl this year — rolled into the Ultimate Designz tattoo shop in Miami last week … and pitched his ink idea to tattoo artist Sergio Garcia. He even brought in the ACTUAL ring for Sergio to study. 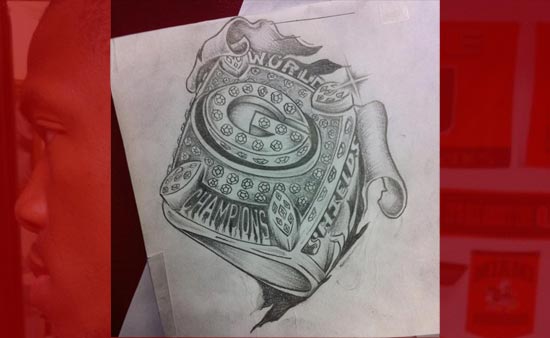 Sergio tells us it took about 3 hours to draw out the design of the tat (pictured above) — and a little more than 2 hours to ink it onto Sam.

We’re told Shields was a “really nice guy” throughout the whole process — and even left a fat tip.

Fun Fact: Sam’s actual Super Bowl ring has 109 diamonds in it, but his tattoo ONLY has 60 pictured … because we’re told putting that many small diamonds in the tattoo would have been “impossible.”

There is only ONE Kim Kardashian — and now she’s declaring a legal war on Old Navy for using a Kim K look-alike in a recent ad campaign … TMZ has learned.

Kim is filing a lawsuit against the clothing giant  — claiming they intentionally used a look-alike in an effort to dupe the public into thinking Kim was affiliated with Old Navy.

We’re told Kim is especially furious that Old Navy has been tweeting to her page about the look-alike — in an effort to gain even more publicity.

One of those tweets read, “@CBSNEWS reports that Old Navy’s Super CUTE star looks like @kimkardashian. #LOL. What do you think?”

We’re told Kim believes the copycat campaign has damaged her wallet somewhere in the range of $15 to $20 million. 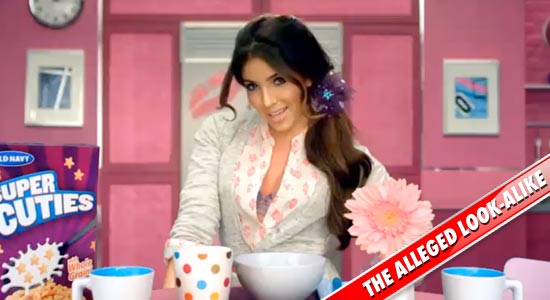 So if someone looks like her, they better not want an acting career because anyone that hires that girl will get sued? Class act.

I’m kind of shocked by these posts—I agree Kim is way too full of herself, they all are, but I think she has a point. Old Navy is trying to make money off her image, without paying for it,

It’s the latest in a long string of celebrity break-ups — Tiger Woods and his longtime caddie Steve Williams have called it quits after 13 years … but Steve says he’s shocked by the move, especially because he stuck with Tiger throughout his mistress mayhem scandal. 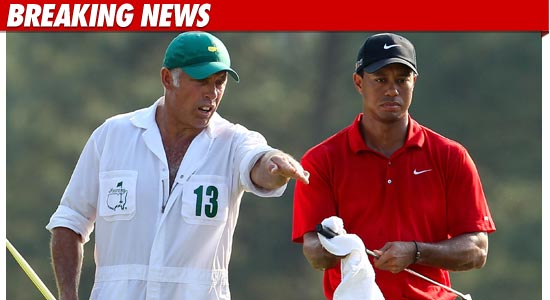 Tiger just announced the split on his website, writing, “I want to express my deepest gratitude to Stevie for all his help, but I think it’s time for a change … I wish [Steve] great success in the future.”

So far, no replacement has been named.

But now, Steve has fired back — saying, “After 13 years of loyal service needless to say this came as a shock. Given the circumstances of the past 18 months working through Tiger’s scandal, a new coach and with it a major swing change … I am very disappointed to end our very successful partnership at this time.” 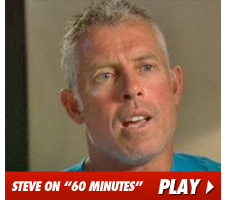 Steve — who caddied for Tiger since 1999 — famously gave an interview to “60 Minutes” after news broke about Tiger’s cheating scandal, denying he ever knew anything about the golf legend’s affairs.