80-year-old Rupert Murdoch was nearly PIED IN THE FACE during his hearing at Parliament today — but the assailant actually got nailed, thanks to Mr. Murdoch’s wife. 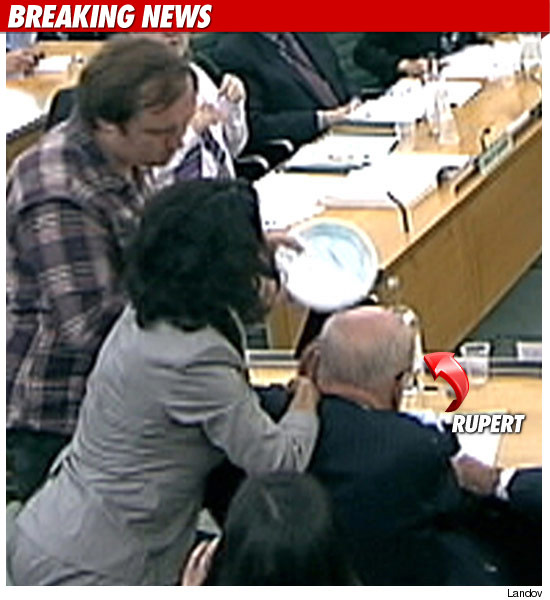 Look closely at the video (below) … you see the assailant on the left of the screen. He then prepares to hurl the pie  — which appears to be some sort of white foam in a foil pie dish. Murdoch’s wife, Wendi Deng (pink jacket) … hurls her body toward the man to block the attack. 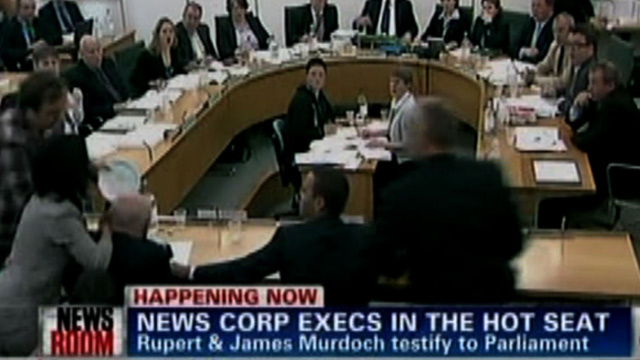 The assailant — real name Jonathan May-Bowles — ended up getting the brunt of it. 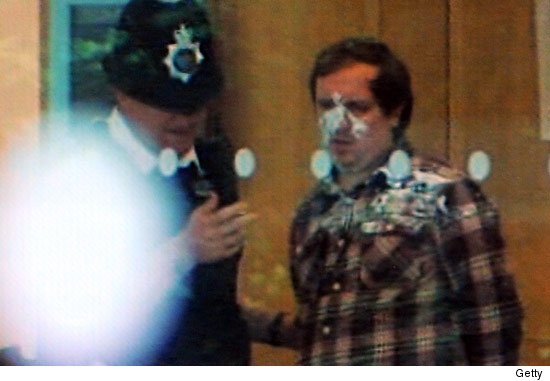 Murdoch was in Parliament to testify about the News of the World scandal.