Just hours after WWE superstar CM Punk beat down John Cena and won the heavyweight title Sunday night … he grabbed the belt and hit the streets of Chicago to party with locals … and TMZ has the pics! 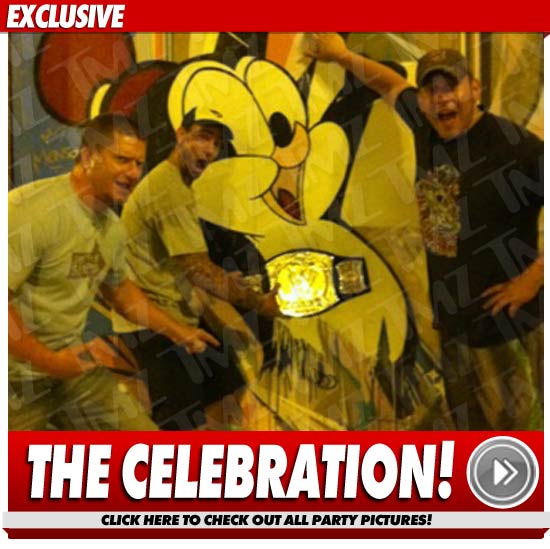 Punk — along with fellow wrestling pals Colt Cabana and Ace Steel — cracked a Diet Pepsi and toasted in front of a mural of Chicago legend Mike Ditka … while showing off the belt to everyone!!

The win was pretty shocking to wrestling fans, since Punk has been badmouthing Vince McMahon and the WWE for weeks … and has been rumored to be leaving the company.