Artie Lange said he’d do ANYTHING to get his job back on the Howard Stern Show — but according to Howard, his former radio pal still hasn’t taken one very important step … actually ASKING for it. 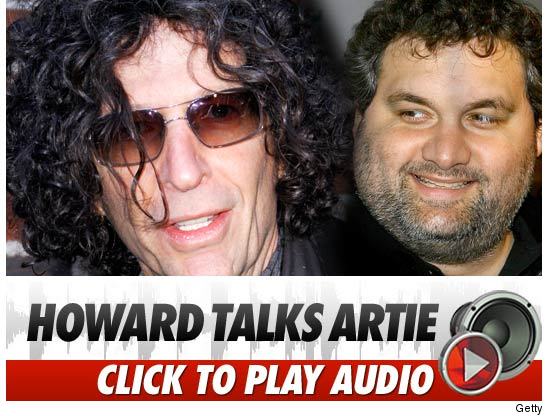 Howard briefly discussed Artie on the Stern show this morning — claiming, “Artie had said he wishes he was back on the show … [which] stirred up a whole bunch of conversation that I don’t even know how to begin to address.”

When Robin asked if Artie ever personally approached Howard to ask for his job back, Howard replied, “No, but I think he would if he could get a hold of me.”

As for Artie’s possible return to radio with a new show — Howard said, “Of course I support it. I think it would be great. I’d like to listen to Artie.”

Howard adds, “I’m glad to hear that he’s feeling better … I’m really pulling for him. I hope he does okay.”