“The Real Housewives of the Bible” insist they answer to a Higher calling — but now, the show’s creator may also have to answer to Bravo … because the network claims they NEVER signed off on the project. 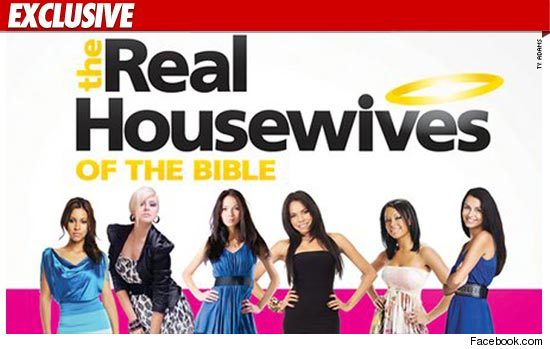 If you haven’t seen the show … it’s because it went straight to DVD …. and it’s also not a reality show … but rather a scripted series with some seriously religious story lines.

Problem is … Bravo holds the trademark on the “Real Housewives” name … and the network claims “Bible Housewives” creator Ty Adams never got permission to use it.

A rep for the network tells TMZ … “Bravo is in no way associated with this project” … adding, “We vigorously protect our trademarks and take appropriate action when necessary.”

So far, it’s unclear if Bravo has contacted Adams over the matter … but it sounds like it’s only a matter of time.