“Deadliest Catch” captain Keith Colburn lashed out in a FEROCIOUS expletive-filled attack on one of the boat’s cameraman recently — bum-rushing the guy into a wall — and it was all caught on tape. 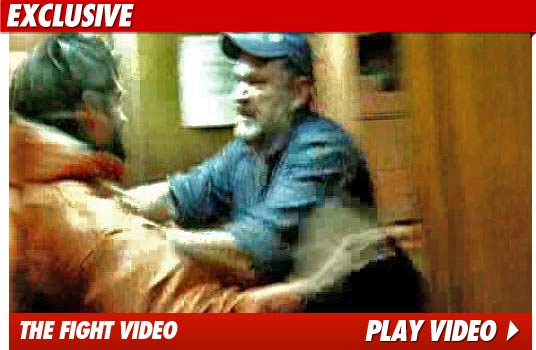 Keith lost his temper after the photog in question — named Brad Carper — called up to the wheelhouse looking for one of the show’s producers, interrupting Keith at exactly the wrong time.

The fight, which airs next Tuesday on Discovery, went down a couple months ago — near the end of opilio crab fishing season — and sources connected with the show tell TMZ, Keith was extremely stressed at the time … and his fuse was real short. No kidding.

But it’s all water under the bridge now — according to sources, Keith and Brad are back on good terms and all is well. No hard feelings.