Casey Anthony was released moments ago from Orange County Jail in Orlando, FL. 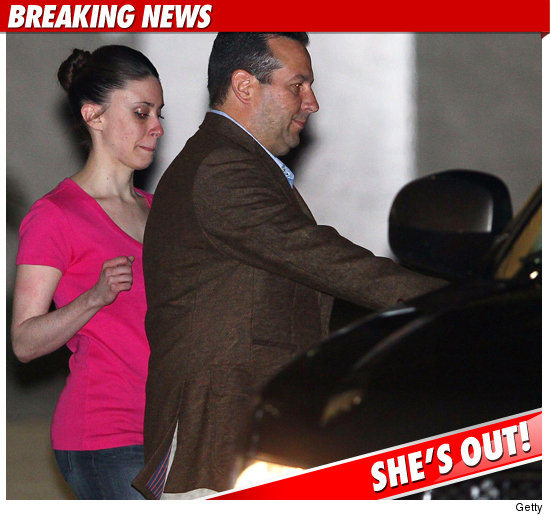 Anthony walked out of jail shortly after midnight ET, accompanied by two sheriff’s deputies and her attorney, Jose Baez.

She was behind bars for nearly three years and was acquitted on July 5 in the murder of her daughter Caylee.

Anthony was found guilty of four misdemeanor counts of providing false information to a law enforcement officer. She was sentenced to one year in jail and a $1,000 fine for each count.

She was released with time served.