Paris Hilton‘s younger brother Barron has been ordered to shell out $4.9 million to a gas station attendant he struck  back in 2008 … the same day he was arrested for DUI. 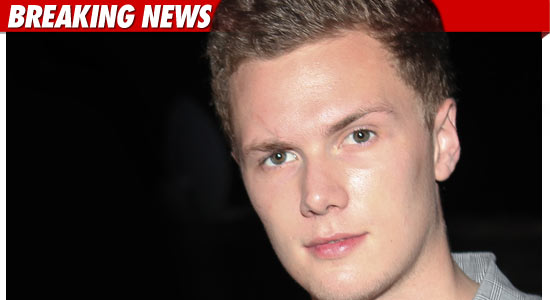 Hilton was sued by Fernando Tellez — who was working at a gas station on Pacific Coast Highway when Barron — who was 18-years-old at the time — rolled up in a Mercedes Benz … and struck the guy with his ride.

Tellez’s attorney claims he suffered “permanent disability” and has been forced to “undergo multiple surgeries and medical procedures” ever since.

Hilton was arrested on suspicion of DUI that day after blowing a .14. He later pleaded no contest to the charge.

Now, an L.A. County Superior Court jury has ordered Hilton to fork over $4.9 million in damages.

A source connected with Barron tells TMZ, “We disagree with the jury.  Barron did not strike the attendant.  Barron knows he did wrong. It happened 3 years ago and he’s been incredibly responsible ever since.”