The FBI has released photos of the cache of high-powered weapons, bullets and CASH found in the Santa Monica home where mob boss Whitey Bulger had been hiding out … and … damn. 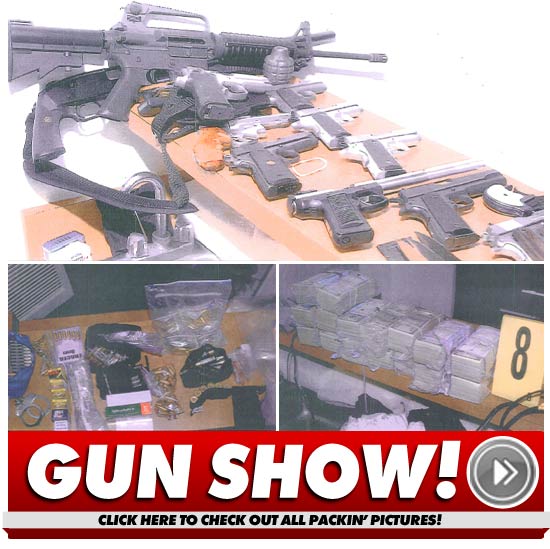 All in all, feds claim Bulger had 30 firearms, $822 thousand in
cash … and a grenade in his possession … along with false social security cards and birth certificates.

The 81-year-old leader of Boston’s infamous Winter Hill gang was arrested in Santa Monica on June 22 — after spending 16 years on the FBI’s Most Wanted List.