It might be the sexiest DUI arrest ever — Claudia Jordan‘s smokeshow friend BUSTED after sideswiping a parked car … while driving a freaking DeLorean … and it was all caught on TAPE. 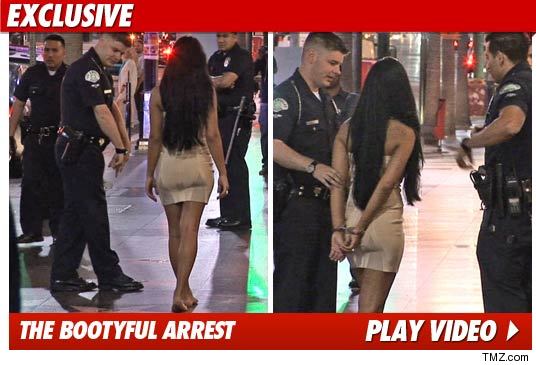 Law enforcement tells TMZ, model SueLyn Medeiros — we strongly recommend Googling her — was pulled over last night in Hollywood after colliding with a parked car, and when she opened her DeLorean’s gull-wing door, cops caught a “strong odor” of alcohol.

Medeiros then blew a .14 — nearly twice the legal limit in California — and was placed under arrest.

According to law enforcement, Medeiros bragged incessantly about being a rich model, and was extremely flirtatious with the officers.

Medeiros is still in custody on $45,000 bail. As for the high bail amount, we’re told she had an unrelated warrant out for her arrest … but it’s unclear why.