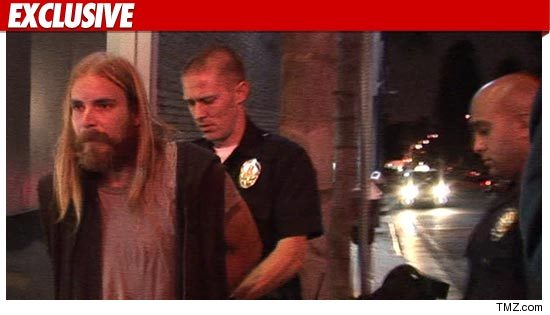 Muska was first detained by security at the Roosevelt Hotel around 2AM. Law enforcement sources tell us Muska was seen spray painting his name on a nearby Coffee Bean.

We got shots of Muska’s alleged handiwork at the coffee shop — “Muska”‘ — and also at Hollywood’s El Capitan Theater … “Muska kills.” 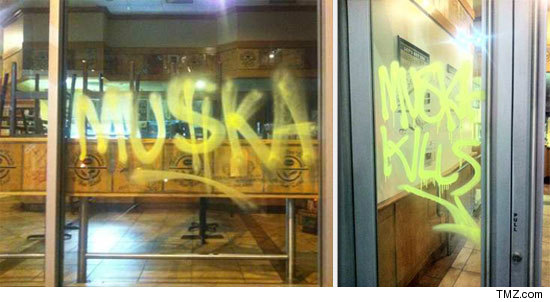 Video of the whole arrest to come …