Rapper Nicki Minaj told authorities she was “struck” in the lower lip by a man … during a heated argument at a swanky Dallas, TX hotel last night … law enforcement sources tell TMZ. 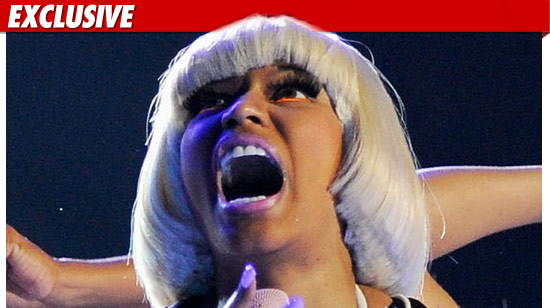 TMZ has learned … Minaj was hanging out at the pool at the fancy Palomar Hotel when she got into a very intense verbal spat with an unidentified man she was staying with.

Nicki told a hotel employee to call police … while the man went to their hotel room. Nicki followed soon after.

When cops and paramedics arrived, Nicki told authorities their poolside fight continued inside of their room … and the man hit her in her lower lip.

The man had already left the scene when cops arrived … but Nicki insisted she did NOT want to press charges.  Nicki also claimed she was NOT in a relationship with the alleged attacker.

Cops tell us an incident report was taken … but no charges will be filed per Nicki’s request.

Calls to Nicki’s rep have not been returned.