Hines Ward blew a .128 early Saturday morning — and officers noticed “a strong odor” of alcohol coming from him, a flush face, and blood shot eyes … this according to the police report. 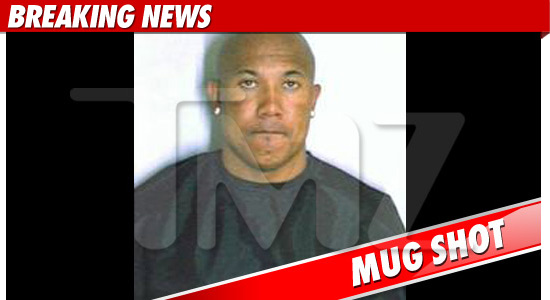 According to the DeKalb County Police report, the officer spotted Ward’s Aston Martin driving erratically — which Ward told the officer was because he had dropped his phone.

An officer gave Hines a “follow my finger” field sobriety test — during which the officer says Ward lacked “smooth pursuit” and suffered from nystagmus (fancy word for involuntary eye movement).

The officer says Ward also had a hard time keeping his balance during a “walk and turn evaluation.”

The report says Ward agreed to take a breathalyzer … blew .128 — the legal limit is .08 — and was arrested for DUI. DeKalb authorities tell us the .128 was an unofficial reading that is not admissible in court — and Ward refused to take a second, official test.

According to the report, Ward admitted drinking 2 Coronas … three hours before he was pulled over — however, he maintains he was not drunk at the time of his arrest.