Jasmine Waltz — only best known as David Arquette‘s rebound chick — is now the star of a sex tape that’s about to hit the Internet … a tape she claims was a Valentine for an unnamed boyfriend. 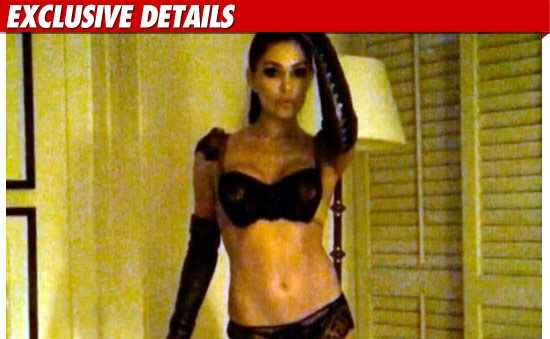 The video of Jasmine and the mystery dude is being released through a website — and features some x-rated play with those (normally) annoying conversation heart candies.

Jasmine claims she had no idea the video was going wide … telling TMZ, “I’m absolutely shocked that the public is now going to see what I made with my boyfriend on Valentine’s Day.”

Jasmine won’t say who the lucky guy is in the vid … and admits, “I’m not even famous which blows my mind even more, I’m just a girl in Hollywood.”