TMZ has learned … Charlie Sheen and Brooke Mueller‘s custody settlement provides that neither is required to undergo drug testing … something that is becoming increasingly troublesome. 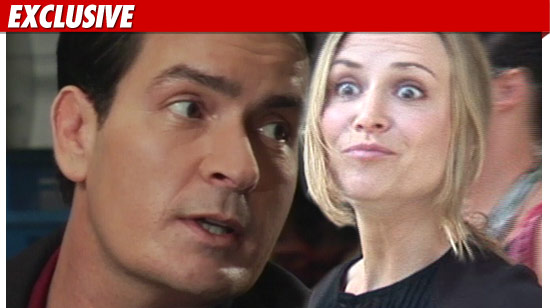 As TMZ first reported … Brooke was photographed last week holding what appeared to be a crack pipe. And there are other problematic images as well — like the one recently in Hawaii, when Brooke walked up to a parked car in a seedy area with cash in hand.

The two rehab veterans each have selfish reasons to avoid drug testing, but Brooke is especially worrisome because she is the primary caregiver of the twins. Although Brooke’s parents step in when she goes to rehab — and she goes a lot — Brooke ultimately calls the shots.

So the question — who is looking out for the kids. The judge hasn’t called a hearing to determine if the parents are unfit, and the L.A. County Department of Children and Family Services has not visited either Charlie or Brooke for more than 6 months.