It’s the latest craze taking over the Internet — lying face down in bizarre places, stiff as wood — but rapper Xzibit is leading a new charge AGAINST “planking” … claiming the practice has RACIST roots. 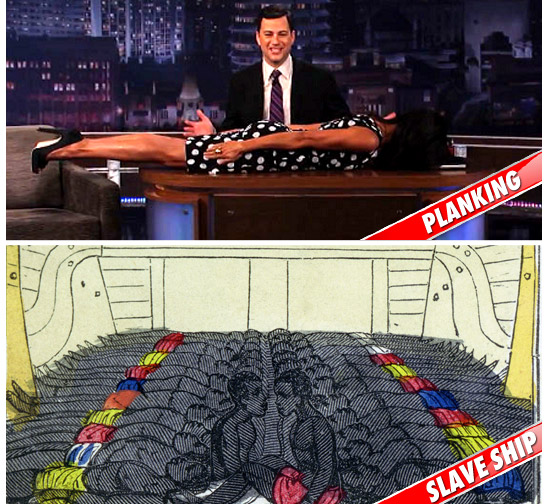 Xzibit took to his Twitter recently, claiming, “Planking is THE dumbest sh*t ever. Planking was a way to transport slaves on ships during the slave trade, its not funny. Educate yourselves.”

The rapper adds, “Dont get it twisted. I care less where your dumb asses lay face down and take pictures of the sh*t, I’m just telling you where it came from.”

It’s all probably news to Katy Perry, Demi Moore, Rosario Dawson (above), Chris Brown, and Justin Bieber — who have ALL posted pics of themselves online … looking board.