The female co-CEO of Archie Comics is accused of going on a phallic outburst in the office recently … allegedly pointing at employees and shouting “PENIS, PENIS, PENIS, PENIS.”  Oh, Archie! 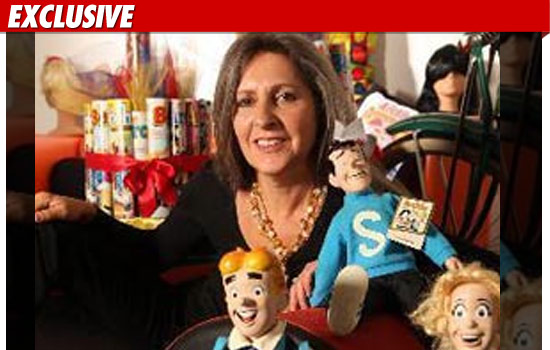 Archie Comics Publications has filed legal papers against co-CEO Nancy Silberkleit — claiming she has a history of bullying and sexually harassing employees … and she must be stopped!

According to the lawsuit, filed yesterday in NY, several employees have lodged complaints about Nancy’s “offensive” behavior … including one time in 2009, when she barged into a meeting and “pointed to each [attendee] and said, ‘PENIS, PENIS, PENIS, PENIS’ and then walked out.”

Nancy allegedly pulled the same “penis” stunt again in 2010 — but this time she also screamed out, “My balls hurt.”

Archie Comics claims it hired an outside firm to investigate the allegations — and the company recommended Archie cut ties with Nancy ASAP.

Now, Archie wants a judge to grant an injunction — barring Nancy from returning to the office … and preventing her from representing the company at the upcoming Comic-Con in San Diego.

Attempts to reach Nancy were unsuccessful.