Former NBAer Shaquille O’Neal had a bunch of surgical staples YANKED from his massive leg today … and, of course, he recorded the painfully gross ordeal for all to see. 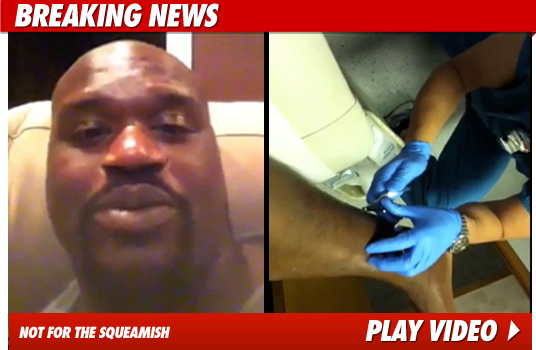 Shaq recently went under the knife to repair his injured right Achilles tendon — and, from the looks of the footage, the surgery required doctors to open a FOOT-LONG gash to get the job done.

But this morning, Shaq — with girlfriend Nikki “Hoopz” Alexander by his side — rolled back to the doctor’s office … and had the staples removed.

It’s pretty gross … but you should probably watch it anyway.