Famous chef Guy Fieri — the host of NBC’s “Minute to Win It” — is embroiled in a very bitter custody war … all because he tried to do the right thing for his nephew after his sister passed away. 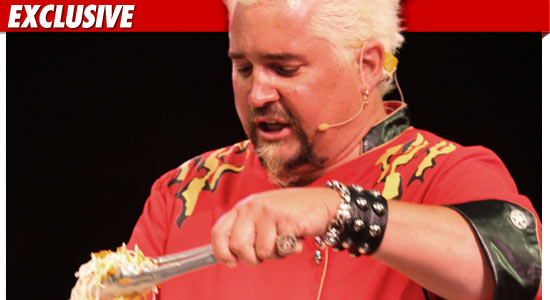 The whole ordeal started when Guy’s sister Morgan died of cancer back in February — landing her 11-year old son, Jules square in the middle of a custody battle between Morgan’s parents and the boy’s father.

According to a petition for guardianship — filed by Jules’ grandparents — they claimed the father, Dain Pape, should not get custody because he is “living out of his motor home,” and has no income.

But last week , a Marin County judge sided with Pape … ruling he should have custody — and the grandparents should hand over Jules.

But since then Pape tells us … Jules has been vacationing with his uncle Guy on a remote lake in Northern California — with NO phone service — and as a result he’s been unable to take custody.

Pape says he hasn’t driven to the lake because he wants to avoid a confrontation with the family. He simply wants the grandparents to comply with the court order.

We reached out to Guy’s reps, but so far … no response.